All Collections
All about the words
How does what3words handle similar combinations of words?

How does what3words handle similar combinations of words?

Written by what3words
Updated over a week ago

Our algorithm shuffles what3words addresses, which means similar word combinations were placed far apart. For example, ///table.chair.lamp is located in New South Wales, Australia, whereas ///tables.chair.lamp is in Minnesota, USA. The overwhelming proportion of similar 3 word combinations are so far apart that an error is obvious. We also worked hard to remove homophones and near homophones like sale and sail.

A key feature of what3words, AutoSuggest, also helps intercept mistakes: when a what3words address is typed into a what3words field, similarly worded combinations are displayed along with their distance from the user. 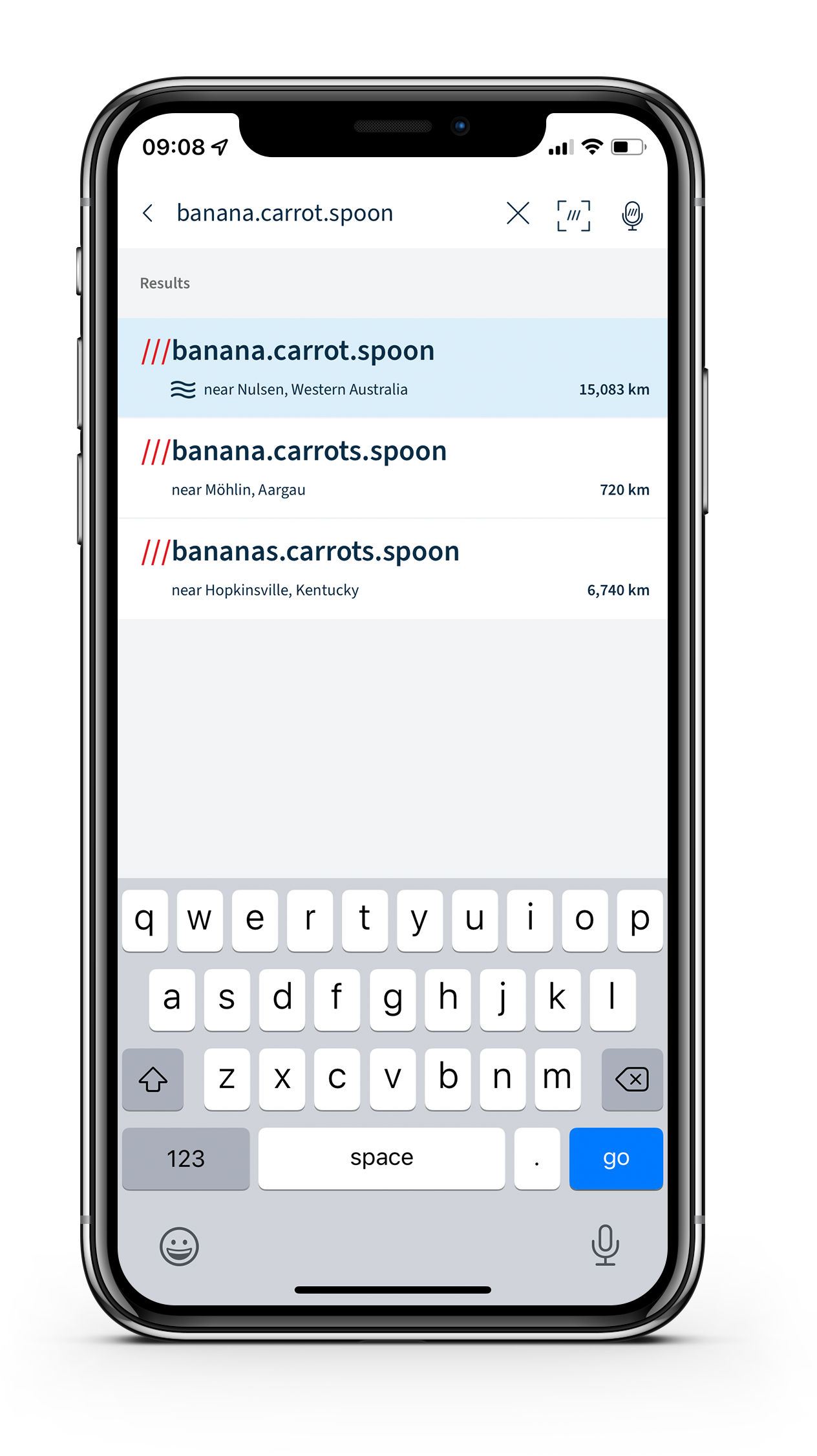 With 57 trillion squares, there are a small number of cases where potentially confusable word combinations are nearby. For example ///ashes.string.takes is in the middle of Waterloo Bridge, London and ///ashes.string.take is also by the Thames but on the other side of London at Abbey Wood [as shown by the two red dots below].

The chance of potentially confusable combinations appearing ambiguously close to each other in the UK is estimated at about 1 in 2.5 million. This, combined with the fact that what3words addresses are rarely used on their own and usually shared with some context means errors remain quick and easy to identify.

For emergency services specifically, 3 word addresses given by callers are verified by other methods to ensure their accuracy. For example, call handlers may encourage callers to to give additional descriptions of the location for verification (ie. “In Thamesmead”, ‘Halfway down the coastal path’, or ‘On the hard shoulder of the A4, about half a mile on from the petrol station’). Currently, 85% of emergency services in the UK use what3words. We have received excellent feedback from enabled agencies: 100% of services that responded to our survey described what3words as ‘a reliable tool to have as part of the emergency toolkit’.

Did this answer your question?